By combining direct mail with digital marketing techniques, the station saw an increase in pre-drive donations.

"We couldn’t be more pleased with the results.
Moving forward, MailPlus will certainly be part of our fundraising strategy."

Fundraising is crucial to WERS, a public radio station that broadcasts from Emerson College. During a recent fundraising drive, which featured a trip to P-Town as a giveaway, WERS used MailPlus to reach more donors and drive donations.

“With MailPlus, we were able to marry digital marketing tactics with a tried-and-true direct mail postcard,” WERS Associate Director of Development Ashley Peterson said. “It made a marked difference in our campaign’s effectiveness.”

With MailPlus, WERS donors got a postcard in the mail, saw matching Facebook ads in their feeds, received a clickable ad in their email via USPS Informed Delivery, and were shown retargeting ads on Google after visiting the WERS website.

“We had the biggest fundraising drive to date,” Peterson said. “And MailPlus made a big difference in the pre-drive donations.”

The campaign raised $164,000. About $22,000 of that total was raised in the beginning stages of the drive, which WERS dubs the “pre-drive.” That’s a 282% increase in the amount raised during the same period the year before.

WERS also saw a 224% increase in the number of recurring donors during the pre-drive, who sign up to give on a monthly basis.

“We couldn’t be more pleased with the results,” Peterson said. “Moving forward, MailPlus will certainly be part of our fundraising strategy.”

Finding a more effective way to connect with donors and increase donations.

By using MailPlus, WERS was able to launch an omnichannel marketing campaign that engaged donors through their mailbox, inbox, and online.

WERS saw a dramatic increase in the amount of money raised and in the number of recurring donors during the campaign’s pre-drive. 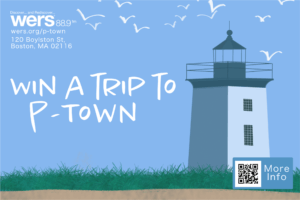 MailPlus ads displayed throughout the campaign

Ready to elevate your next direct mail campaign?